Skip to Content
Home SITREP History in the Closet: The Stories Behind Old Family Photos by Caleb Hatch

Staring at the old photos that I had, until recently not known had existed, I felt as if I was taken back 70 years. For the first time ever, history felt relevant to me, and the mystery of my family’s origins were being revealed by the stories contained within these evocative pictures. These stories are chilling and mesmerizing; they have a sort of quality that instills reverence. Though they are mere pictures, their significance is undeniable, and they give invaluable insight on the Korean War.

Newly graduated from West Point and commissioned as a lieutenant in the army in 1950, my grandfather, Maurice D. Roush, and the rest of his class went straight to war, foregoing even the officer basic course, an experience fundamental to the training of new lieutenants. His photo hints at the apprehension and uncertainty felt by many of the young officers who were thrown straight into battle.

It was on the boats to Inchon when the Second Lieutenant Roush met his platoon, which was made up of criminals who chose war over prison as much as it was made up of valiant men who chose to serve their country. The leader of this platoon, an officer in his early twenties, hardly had the respect of his peers and older subordinates, and thus the soldiers oftentimes recognized a different figure as the leader: a large, burly, delinquent man who even went as far as to knock out the platoon sergeant when instructed to wake up and get moving north as U.S. forces pushed the Chinese. As the story goes, Second Lieutenant Roush decked this brute in response to this, establishing himself as the rightful leader among the platoon.

As part of the Army Corps of Engineers, the platoon was tasked with undertakings such as bombing bridges to slow the advancement of Chinese and North Korean troops as the U.S. moved troops south back to the demilitarized zone (DMZ), and removing land mines as the U.S. pushed North. As shown in the pictures below, explosives were attached to the structure of this mystery bridge, and then were detonated, resulting in its utter destruction.

Many structures were demolished by the United States and South Korean armies during the Korean War; however relatively little is known about the specific events. The pictures provide insight regarding military tactics used during the war, as well as adding to the understanding of the history of the war itself. The photos show the harsh, dark, and unforgiving conditions that the Korean War brought; a time when militaries killed thousands of civilians lives all in the name of slowing down the enemy.

In addition to burning bridges, Second Lieutenant Roush’s platoon had another major task: going ahead of the infantry to remove landmines from the ground. However, to do this, the land would have to be shelled first to ensure it was clear of retreating enemy soldiers. The process was simple: a set area of land was shelled, and then the platoon would go in and do their work. Nonetheless, somehow at one the artillery misunderstood the location of the allied forces and did not stop shelling at the correct line of advance. They continued to fire in friendly territory, raining shrapnel upon the area the men were sitting on. Second Lieutenant Roush jumped under a tank to get cover from the shells, but nonetheless got hit by some shrapnel. Due to this accident, 2Lt. Roush was offered a purple heart; however he declined this award. Though it could be said that this was because purple hearts are not generally given for injuries caused by friendly fire, he would say “I didn’t want to have to tell people how and where I got wounded: in the butt.”

In the midst of all the chaos, labor, and hazards of war, the men found that they had a heart for the refugees of South Korea. They felt compassion and sympathy for the people, seeing the hardships and pain they had to endure. They had a soft spot for the children in particular,  giving them parts of their own rations and even spending time interacting with them. As shown in the picture to the left, they had very little to live on, and traveled long distances with young children on foot to reach safety. Though it may just be coincidence, 2Lt. Roush later went on to marry Ruth Marie (Chu Cha Kim), a Korean woman who was eight at the start of the Korean war, and who later immigrated to the U.S. with Maurice D. Roush after meeting him in the 1970s when he was stationed in Korea. 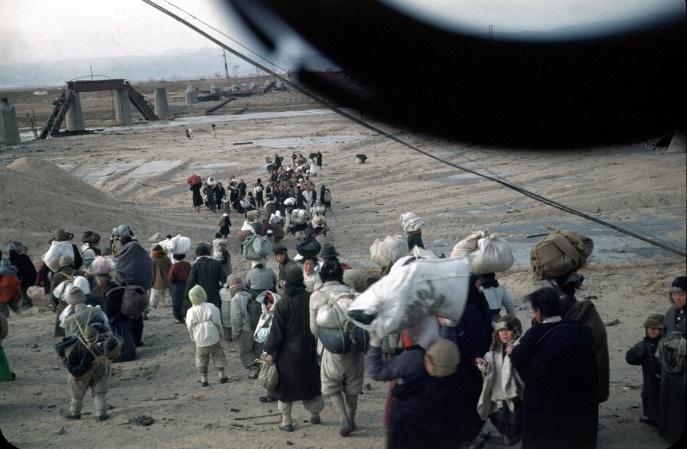 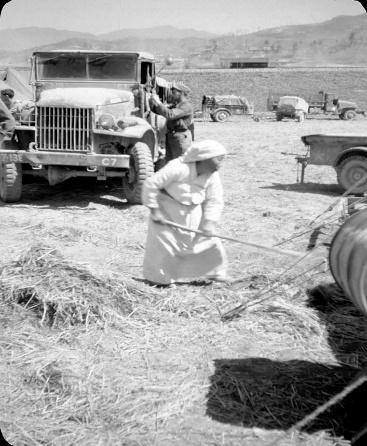 Even today, the scars of the Korean war are abundant and quite apparent, yet the booming economy and prosperity of today’s South Korea oftentimes overshadow and conceal the reality of Korea’s past. Through viewing these pictures, the pictures of a young American officer, the history of the Korean War is once again seemingly made real, displaying everything from the culture of the commonfolk, to the actions taken by the military. These photos show the harsh realities of war, but they also tell a story: the story of a young man’s journey to becoming a general and leading a part Korean family in America. 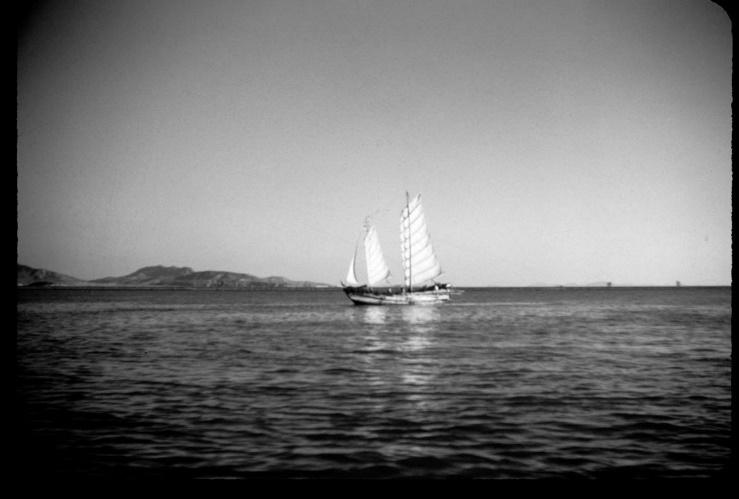