I must have been really young and naïve to think taking two small boys out to a missile silo in the middle of Montana for Thanksgiving dinner was a good idea.

It was already winter in Montana that November in 1984. My husband Gary was a First Lieutenant in the Air Force. We were new to Montana, renting a home in Great Falls while stationed at Malmstrom Air Force Base. His job as a missile operations officer assigned to the 564th Missile Strategic Wing was to go out to the assigned site, sit in a silo with a Minuteman III LG30 nuclear missile, and be prepared to launch if that ever became necessary with an order from the President of the United States. Usually, this meant he was at the missile site for a day, a night, and part of the next day. He could read and study for his master’s degree while he maintained his role as a watcher and attendant to that piece of Cold War technology. When he got home, he would have two days off. All in all, it wasn’t such a bad gig for a young family.

That November, though, Gary was the new guy on the job. This meant that he would draw at least one holiday duty. Since we had small children, his fellow officers let him choose to work Thanksgiving so he could be home with his kids on Christmas morning. Our two young sons were 2½ years and 3 months old.

The idea of spending Thanksgiving far from home alone with two small boys in remote and cold Montana was not a happy one for me. But we learned that families were actually invited to come out to the missile site on holidays and have dinner with the Military Police crew, support personnel, and possibly the missile operations officers themselves. If they had the time and suitable replacements, they could come up top of the silo. We decided we would go ahead and give the invitation a try.

That very cold Thanksgiving morning, I loaded my two boys into our car and pulled up in front of the operations building at 7:30 AM. Gary was already loading up in one of the large blue Suburbans at the front of the caravan. I was asked to pull up in between two more Suburbans driven by Military Police crews who would act as escorts and guards for our journey to and our stay at the missile site. Gary had been assigned to Tango site that day, which was about a 2½-hour drive north from Great Falls on back roads through mostly fields and open, sparsely populated spaces in central Montana. It was a little intimidating to have that escort of armed MPs on that long drive through what felt like the middle of nowhere.

Kirk, my 3-month-old son, chose to cry in his car seat most of the way, so when we arrived, I was already stressed out and reconsidering my decision. As we passed through the guarded barbed wire fence and onto the somewhat desolate and foreboding-feeling site, I just wanted to turn around and go back.

While Gary and his missile partner went down in the silo, I took the boys into the large support building located inside the fence and above ground at Tango. The big room in the building had couches, a TV, a pool table, and a large kitchen at the back. There were small rooms with beds off to one side and public restrooms. I suddenly realized that it was going to be hard to have much privacy and that I had not planned very well for how my small sons would spend their time.

We soon learned, too, that the cook had forgotten to put the turkey out to thaw the night before, and dinner would be late (about six or seven more hours) instead of at noon. That meant I would be in this place with eight young military police (mostly all young guys, though two were women) and the three support crew members for most of the day. Due to regulations, I was not able just to get back in my car and go home alone, plus I would not have been able to hang out with Gary as we had planned.

I remember feeling overwhelmed at the prospect of seven long hours on Thanksgiving with a group of strangers and almost nothing to do. I tried not to show that I had big tears in my eyes. I was, after all, only 25 years old myself, and I felt shy and alone.

Keith, my 2½-year-old son, had already made a friend with one of the young MPs, and he was kicking a small ball around the room with him. Several of the crew began to play pool. As they played, I could hear them talk about their homes in New York, Texas, and California. They were laughing as they talked about favorite family foods, traditions, and activities that were part of their lives before joining the military. I could see that they all were just as lonely as I was, missing family, friends, and familiar traditions. The service to their country and what they were doing out on the prairies of central Montana was really no different than what countless other service members were involved in on that holiday. They were lonely and missing home, too, but they were serving in a way that the times called for.

The baby started crying and wouldn’t stop. I tried to give him a bottle, but that didn’t help. I was still breastfeeding him, but I just was not comfortable trying to feed him there. One of the young MPs came over and took the bottle and the baby and said, “I bet I can get him to take this because my little sister always let me feed her.” I was so thankful and relieved that I let him.

That small act broke the ice for me, and the next few hours were spent talking with the crew, hearing about their homes, and learning more about their lives and jobs as they passed the baby around and played with Keith. It sort of felt like a temporary family because they were all so kind to a lonely young mom. They each were doing a job that they had committed to do in less than fun circumstances, and I had a respect for their service. This crew was a diverse bunch of young Air Force airmen just out of high school who were cheerful and optimistic in cold, isolated Montana, acting as guards for a big old nuclear missile. They weren’t even able to get the football game on TV because the cold and snow had knocked out the usual poor access to cable.

I never got to see Gary that day because he was not able to come up from the silo. The turkey never got cooked. The cook ended up finding some small Cornish hens and making those for us. Still, there were a lot of traditional foods like potatoes and gravy and pie. I was able to get an escort back to the base before nightfall with two exhausted little boys. Fortunately, the baby slept the whole way home.

As I left that missile site, I remember thinking that military service has a lot of faces and jobs that are not always glamorous or easy but also important. I was super thankful for that group of young Military Police that I got to hang out with that Thanksgiving at the missile site. 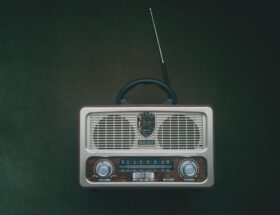