War, corruption,and  ethnic and religious conflict has ravaged Iraq for decades, with the most recent being the bloody struggle against the Iraqi Syrian Islamic State (ISIS) in the northern provinces of the country. With the defeat of ISIS, Iraq’s current conflict is an internal one. With the establishment of sectarianism at the highest levels of government, an era of corruption and heavy negative influence from the Iranian regime has left the people of Iraq demanding independence from foreign influence and the separation of church and state.

Since the fall of the Saddam Regime in 2003, the Iranian government has influenced Iraq at the highest levels for its own benefit and shows favoritism to Iraq’s Shia representatives. Iran’s intentions in Iraq are to keep a potential enemy unstable by funding Shia militias to create a failed state, as well as coerce Shia representatives in Iraqi parliament to eventually partner with Iran. An article by Lionel Beehner titled “Iran’s Goals in Iraq,” the former U.S. Ambassador to Iraq Zalmay Khalilzad told reporters, “On one hand Iran is supporting an insurgency that threatens to undo Iraq’s fledgling government and create a failed state on Iran’s border; on the other hand, Iran is cultivating ties with Iraq’s Shiite-led government as a future partner in the regime” (Beehner). This statement makes sense given the long history of armed and political conflict the two nations have shared in recent decades. By keeping Iraq unstable, Iran is positioned to manipulate her for their benefit.

With the enormously biased and self-serving influence Iran has over the Iraqi government, it is understandable that the people of Iraq would begin to lose patience with their representatives, which is now leading to civil unrest. Take the recent attacks on the Iranian consulates in the Shia holy cities of Najaf and Karbala last October for example. The attacks were orchestrated and carried out by unarmed protestors who not only stormed the consulates, but then set fire to them. In an article titled “Why are Iraqi Protestors Targeting Iranian Buildings?” by Arwa Ibrahim, the author reports on the attacks stating,“In the strongest expression of anti-Iranian sentiment since demonstrations began in early October, protestors stormed the Iranian consulate in the Shia holy city of Najaf…They then set it ablaze. Iranian diplomats and staff narrowly escaped…” (Ibrahim). One could reasonably deduce from such brazen actions by the protestors that the Iraqi people are desperate for change.

Of course these protests did not start violently, nor did they randomly manifest themselves. Demonstrations began peacefully in the major cities of Iraq with hundreds of thousands gathering to protest against Iranian involvement. Ibrahim interviewed a protestor in the capital city of Baghdad, twenty nine year old Saif Ali. Ali told Ibrahim, “Protestors’ targeting the Iranian consulates in Najaf and Karbala… didn’t come out of thin air” (Ibrahim). Ali then went on to shed light on the origin of the protests telling Ibrahim, “We condemn Iran’s increasing intervention in Iraq’s internal affairs since 2003” (Ibrahim). Saif’s statement truly speaks to the building unrest of the people and furthermore attempts to justify their aggressive actions against the consulates.

Through mainstream media we are seeing a rise in the narrative that “the Iraqi people hate America and want them out,” using the recent attacks on the embassy in Baghdad as their main platform. However, what is not being said is that the majority in attendance of the attack were Shia militia members, many of whom wore their militia uniforms. In an article titled “Protestors Attack U.S. Embassy in Baghdad After Airstrike” by Quassim Abdul-Zahra, he describes the protestors as “dozens of Iraqi Shiite militiamen and their supporters broke into the U.S. Embassy compound in Baghdad” (Abdul-Zahra). This description clearly negates the aforementioned mainstream narrative. Thus serving as proof of the fact that these militias are creating unrest on behalf of Iran.

In contrast, much like the attack on the Iranian consulates, the U.S. Embassy attack was not an impulsive one. General Soleimani, regarded as Iran’s second in command only to the prime minister, was in Iraq mid October meeting with his top militia and parliament allies in order to orchestrate the attack. In an article by Michael Georgy, the author sheds light on this conspiracy gathered from two Iraqi security forces stating, “The Revolutionary Guards commander instructed his top ally in Iraq, Abu Mahdi al-Muhandis, and other powerful militia leaders to step up attacks on U.S. targets” (Georgy). Utilizing the Shia militia group, Kataib Hezbollah, Georgy describeds as “a force founded by Muhandis and trained in Iran…” (Georgy). Now that the conspiracy is cast into the light, what was Soleimani’s endgame?

Georgy further goes into detail about Soleimani’s strategy session with his Iraqi counterparts. According to Iraqi security forces, “Soleimani’s plans to attack U.S. forces aimed to provoke a military response that would redirect the rising anger toward the United States” (Georgy). These plans of action are meant to be a ruse, distracting the Iraqi people as well as the world through a false narrative regarding the United States. Soleimani is attempting to prolong the unrest in Iraq whilst making the U.S. appear to be to be the root of their problems.

The issues the people of Iraq face are not exclusive to Iranian involvement. Much of the unrest stems from the fact that Iraqi parliament is sectarian at its core. Contrary to popular belief, the people are demanding a separation of church and state. In the article titled “Why Iraqis Are Taking Aim at Their Leaders and Iran’s,” the author Caroline Alexander says,“demonstrators have channeled their anger into demands for the abolition of the country’s sectarian political system” (Alexander). Alexander brings those demands further into focus, and the list is short, “Protestors want the resignation of the entire political leadership, an overhaul of the judicial system to ensure accountability, and the dismantling of the sectarian system.” Alexander then uses analyst data to reflect the core desires of the people stating, “…political analysts say this isn’t a sectarian uprising. Rather, it is a grassroots movement, with protestors wanting to move beyond ethnic and religious identities” (Alexander). Early 1800’s America saw the importance of the separation of church and state, however to this day we have not seen this ideology come to full fruition.

With many years of negative influence in Iraqi government, the youth of the nation are unsurprisingly passionate about their independence and are taking action. Ibrahim interviewed a young Baghdad University student. Twenty year old Dania states, “Instead of going to classes, we’ve been busy organizing campaigns to encourage people to boycott Iranian products and to buy local…The campaign isn’t against the Iranian people, we hate the Iranian government’s influence over our economy and want to put an end to that” (Ibrahim). This statement further enforces the fact that the problem is not Iran as a whole, but the regime that controls it. Even Iraq’s youth acknowledges that the Iranian regime negatively influences their lives and desire a peaceful independence from said influence.

Furthermore, I am no stranger to the Baghdad area. From 2015 to 2019 I spent nine months out of the year working at the U.S. Embassy. I worked on a mobile security team taking state department employees to and from their meetings in the city and had the privilege of talking with the locals. One conversation I had in particular was with a young freshman at Baghdad University. She explained to me that instead of being angry with the U.S. presence in Iraq, she is upset with her own government. Specifically, she is convinced the government is corrupt and controlled by “old religious men,” and the bias they have in governing is a religious driven narrative. She further expressed her frustration with Iran keeping the precedent of Shiite favoritism alive. She did not want to go back to being required to cover her hair or dress a certain way. She explained to me that, even though she is a proud Muslim, she would like to see the state be governed in a manner free of religious influence.

During my three and a half years in Baghdad, I was there for a number of major protests and acts of violence committed by the people, from large scale protests to bombings and shootings. One event in particular has remained ever present in my mind. During a quiet evening in 2016 a large scale protest erupted just outside of the protective walls of the International Zone where the Iraqi parliament building resides. The protestors banded together and were able to breach one of those walls utilizing heavy equipment. The alarms at the Embassy sounded, and all security personnel were ordered to stand ready for an attack we assumed was imminent. However, the protestors marched unimpeded to the Parliament building. They smashed down the  doors and began to destroy anything they could get in their hands. They even went as far as physically assaulting any employee who remained in the building. The attack came as an incredible shock to me. If they were truly so distraught with U.S. presence, they could have easily focused their efforts on our compound. However, they chose the former and attacked their own Parliament.

It is widely accepted that the people of a nation deserve their independence and the governing body of that nation should act without bias toward certain groups of individuals. With the establishment of sectarianism at the highest levels of government, an era of corruption and heavy negative influence from the Iranian regime has left the people of Iraq demanding independence from foreign influence and the separation of church and state.

Photo by Levi Clancy on Unsplash 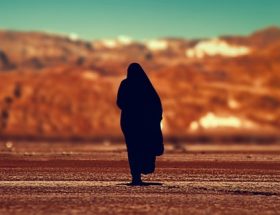